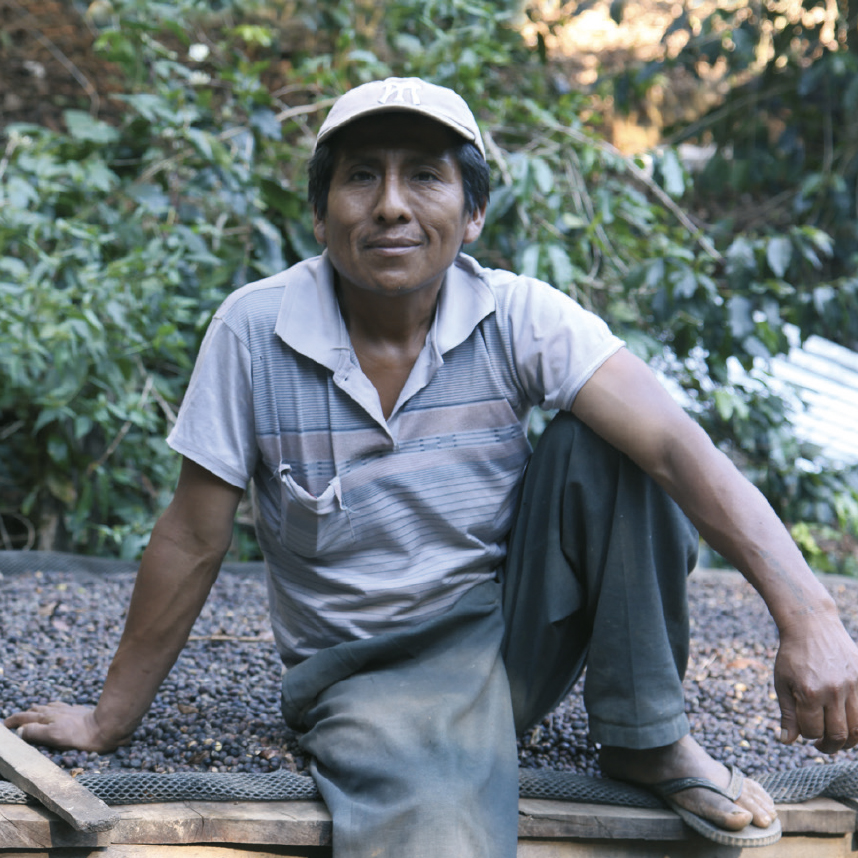 Notes:  This mild and round coffee is slightly tangy with subtle notes of red fruits.

Bolivia is a small producer on a global scale, with parts of the country ideally suited for coffee cultivation. The crop is still a relatively recent addition to the country’s economy, but over the last two decades Bolivians have learnt and mastered the skills essential for growing the world’s favourite bean. Today, nearly 30 000 families, mostly small producers, derive the majority of their income from coffee growing.

Due to its size and small population (10-11 million), Bolivia was not able to rely on coffee growing to develop a flourishing economy, unlike some of its neighbours. However, its best coffee, which is produced in the Yungas and was at one point very popular in Europe, still rivals Mocha coffee. It is still said today that coffee plants have acclimatized so well to the Yungas that every grain that touches the ground becomes a coffee bush.

Bolivia is a mountainous country dotted with dense and humid forests, and is home to many unique species of flora and fauna. A few thousand small producers live where the Amazon rainforest and the Andean steppe meet, a tropical region known as the Yungas. The Yungas lowlands, home to a forest of rare density, create a hot and humid climate on the Andean slopes between 1300 and 2000m. This climate is particularly suited to the cultivation of Arabica coffee.  Caranavi Province, whose economy is entirely based on coffee, alone produces almost 80% of all Bolivian coffee. The most important Bolivian production areas are in Yungas, Caupalicam, Espiritu Santo, and Valle Grande. 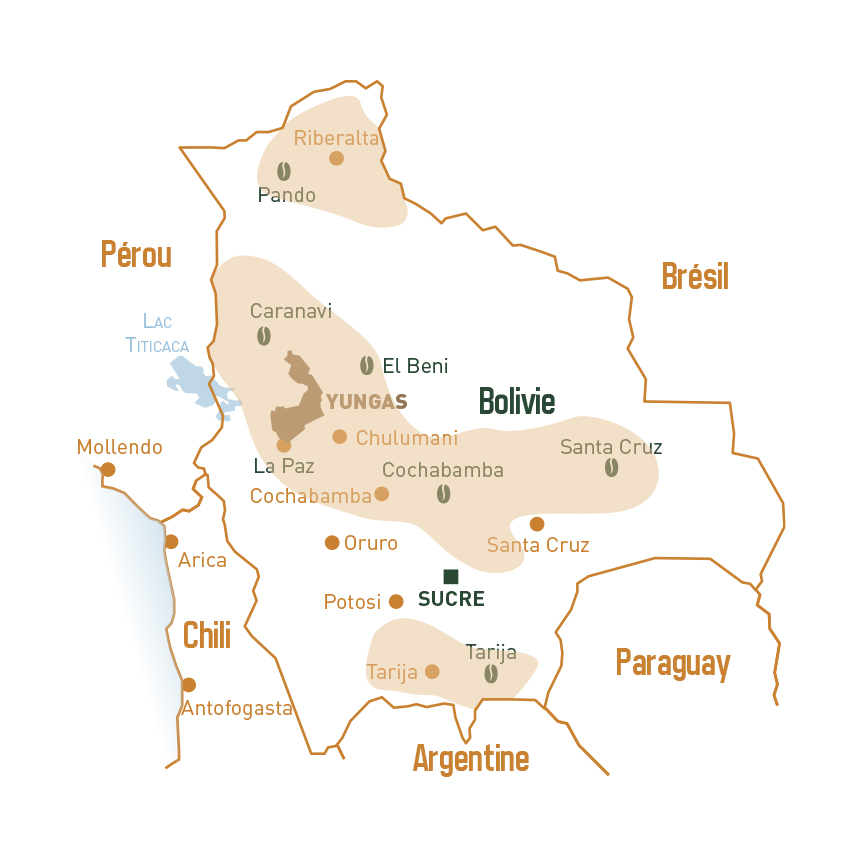 Species: Arabica
Variety: Typica is gradually being replaced by Caturra, Catuaï and Pacas.
Altitude: 600 – 2 200 meters
Harvest: From March to September depending on altitude, mainly May / June.
Processing:
• Washed: 80%
• Dry: 20%
Drying: In the sun or in an oven
Sorting:
• Mechanically
• Electronically
• By hand

According to estimates, a little more than half of the country's coffee farming families are members of a cooperative. These farmers' cooperatives provide more than 70% of national production, of which almost half is Fairtrade. Each organisation is made up of between 50 and 400 families and manages all production and processing operations independently.

Small farms, which carry out the wet processing themselves, represent 85% of the production. The parchment coffee is sold to a local buyer at the last moment in the hope of a last-minute price increase. The local buyer then resells it to a regional buyer or to a carrier who acts as buyer. It is then sold one last time to a roaster or an exporter. The length, complexity and cost of this chain are due to the fact that the coffee is produced and sold in small quantities.