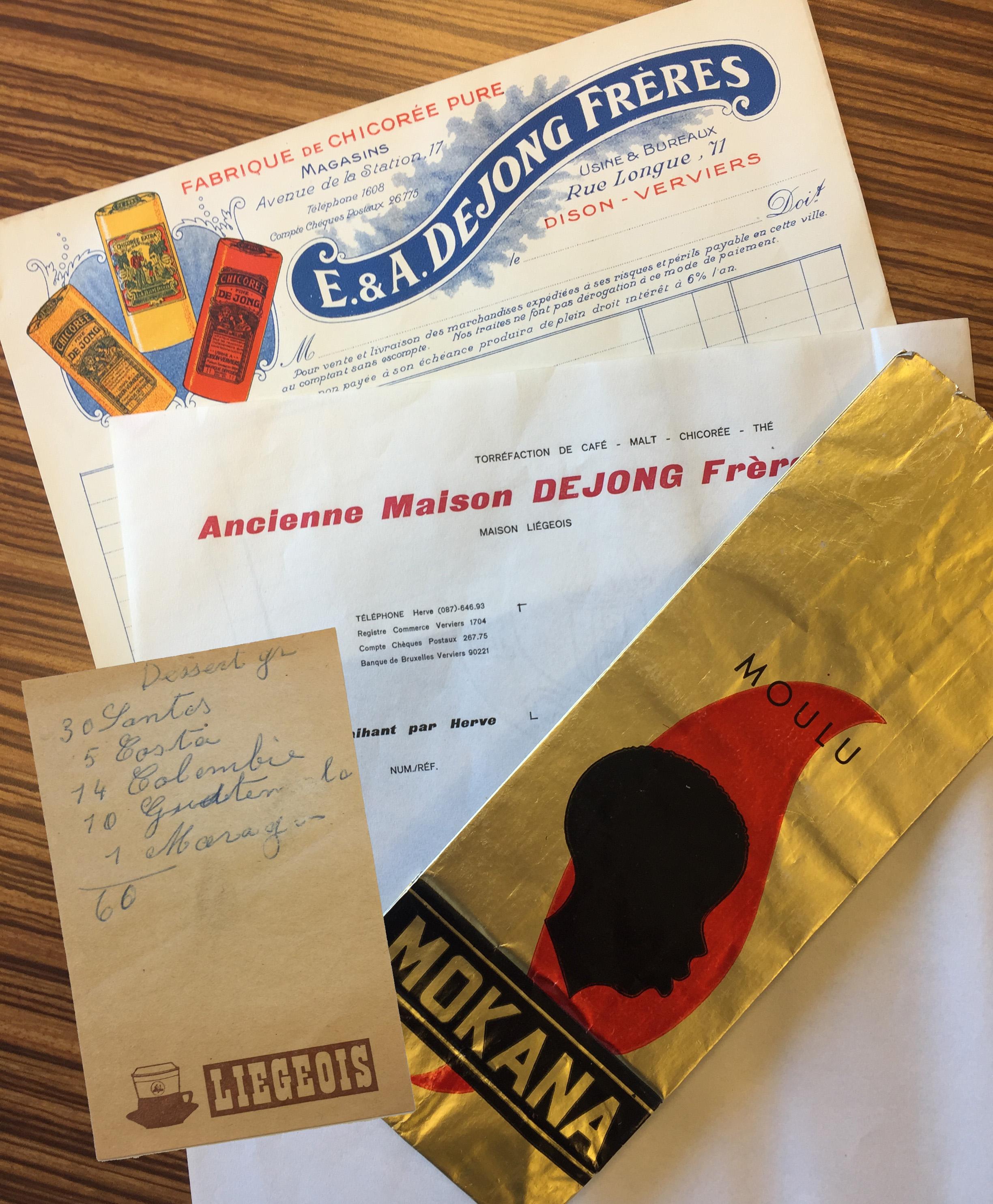 Charles Liégeois expected to manage the family mill when he came out of the army, but that job was taken by his younger brother.  Fate opened another door for him, however: the Dejong roasting facility, in Dison.  Charles borrowed money from his father, bought the small business project, and threw himself into an adventure that would last his whole life.  He continued to produce malt and chicory, learning about coffee from Joseph, the plant’s coffee-roaster.

Charles named his company Mokana, in memory of an uncle who had been a planter in Congo.  It had to be renamed Les Cafés Liégeois several years later, when an official letter drew attention to possible confusion with Mokona, belonging to a certain Douwe Egberts. Realising the size and power of his Dutch competitor, Charles opted for a name “which can never be taken from us”: Les Cafés Liégeois. 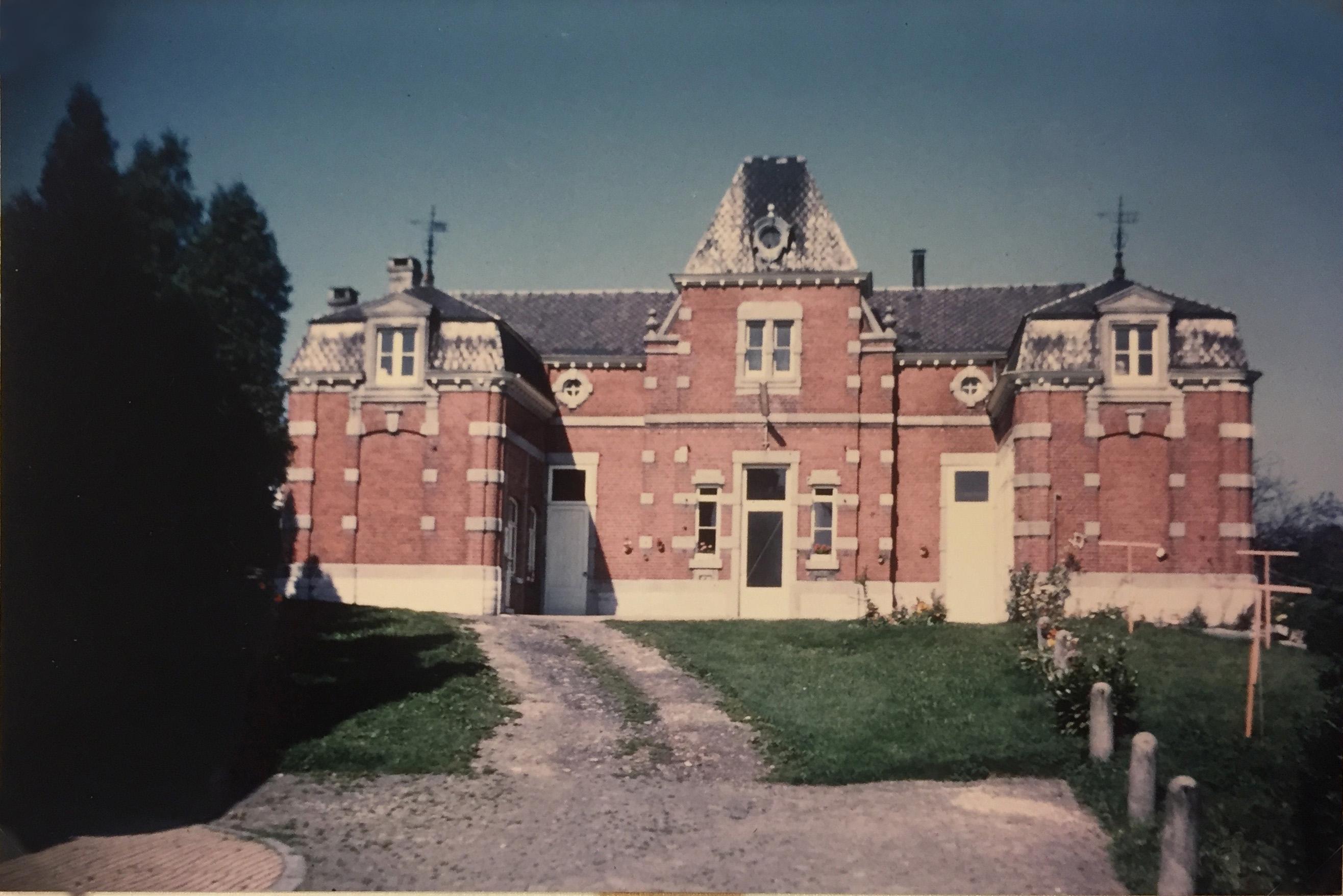 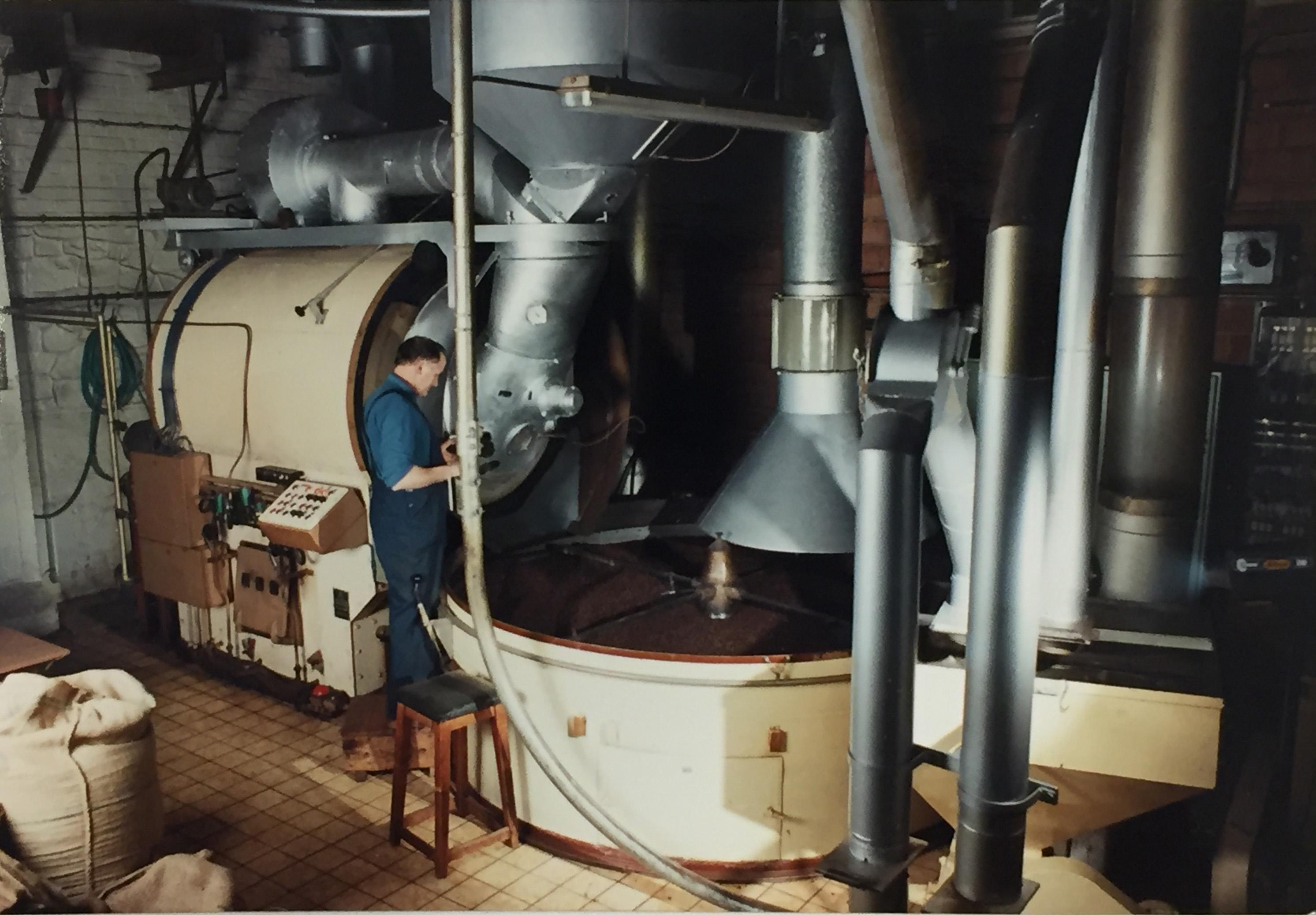 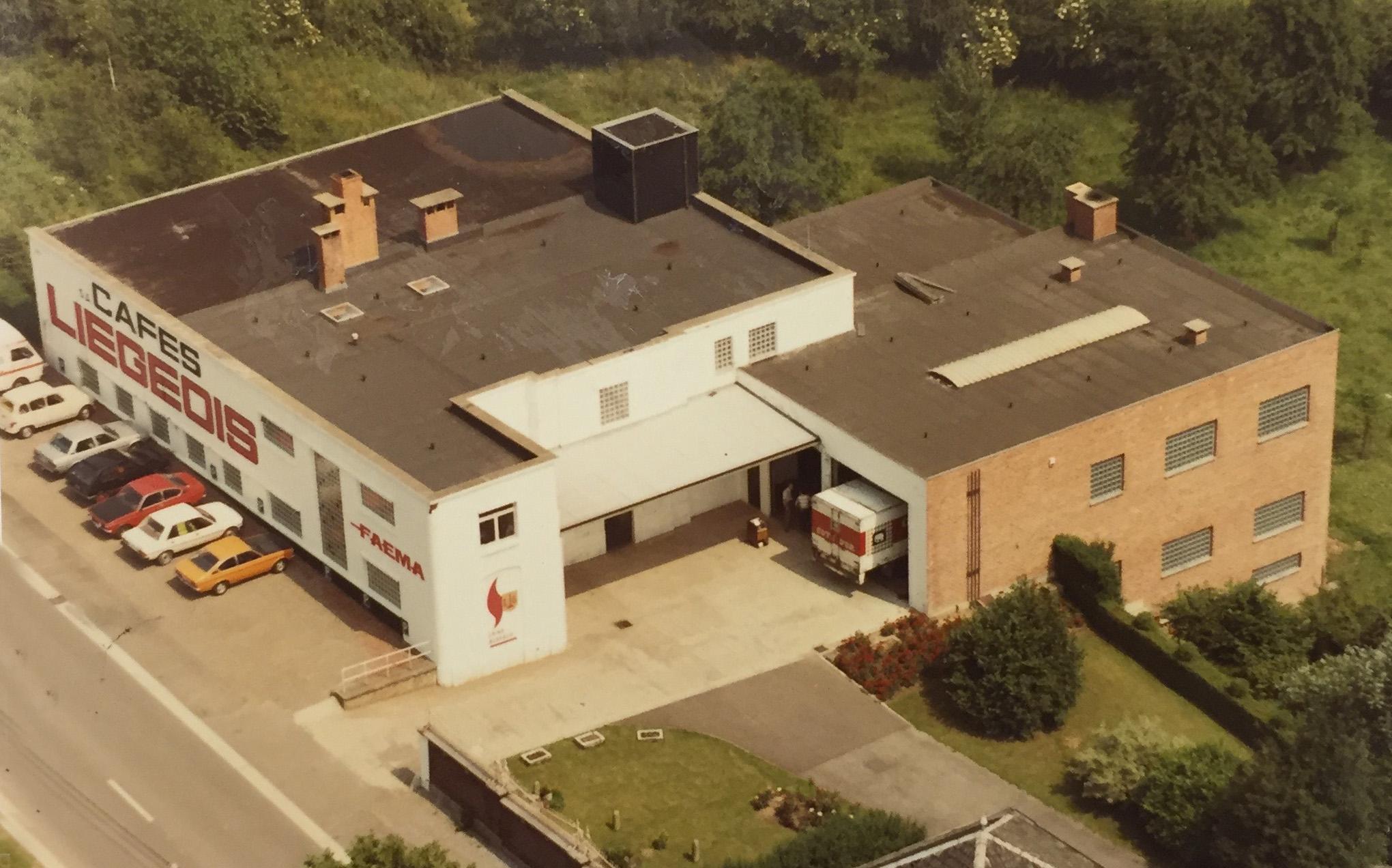 Les Cafés Liégeois move to Petit-Rechain, into the stables of what would become the family home.  The new building was more spacious, and a new roasting machine was bought.
Until this point, Charles Liégeois had been supplying wholesalers, but now he broadened his client base and also worked with the hotel and restaurant trade and retail.

He sold FAEMA coffee machines and introduced new sales techniques, including “le café à prime”, which meant customers could earn gifts (coffee cups, plates, tea-towels) depending on the amount they ordered.  He continued to refine his coffee knowledge, in particular by taking advantage of his father’s trips to the Antwerp Corn Exchange to visit the Coffee Exchange.

1981 - Arrival of Michel followed by Benoît 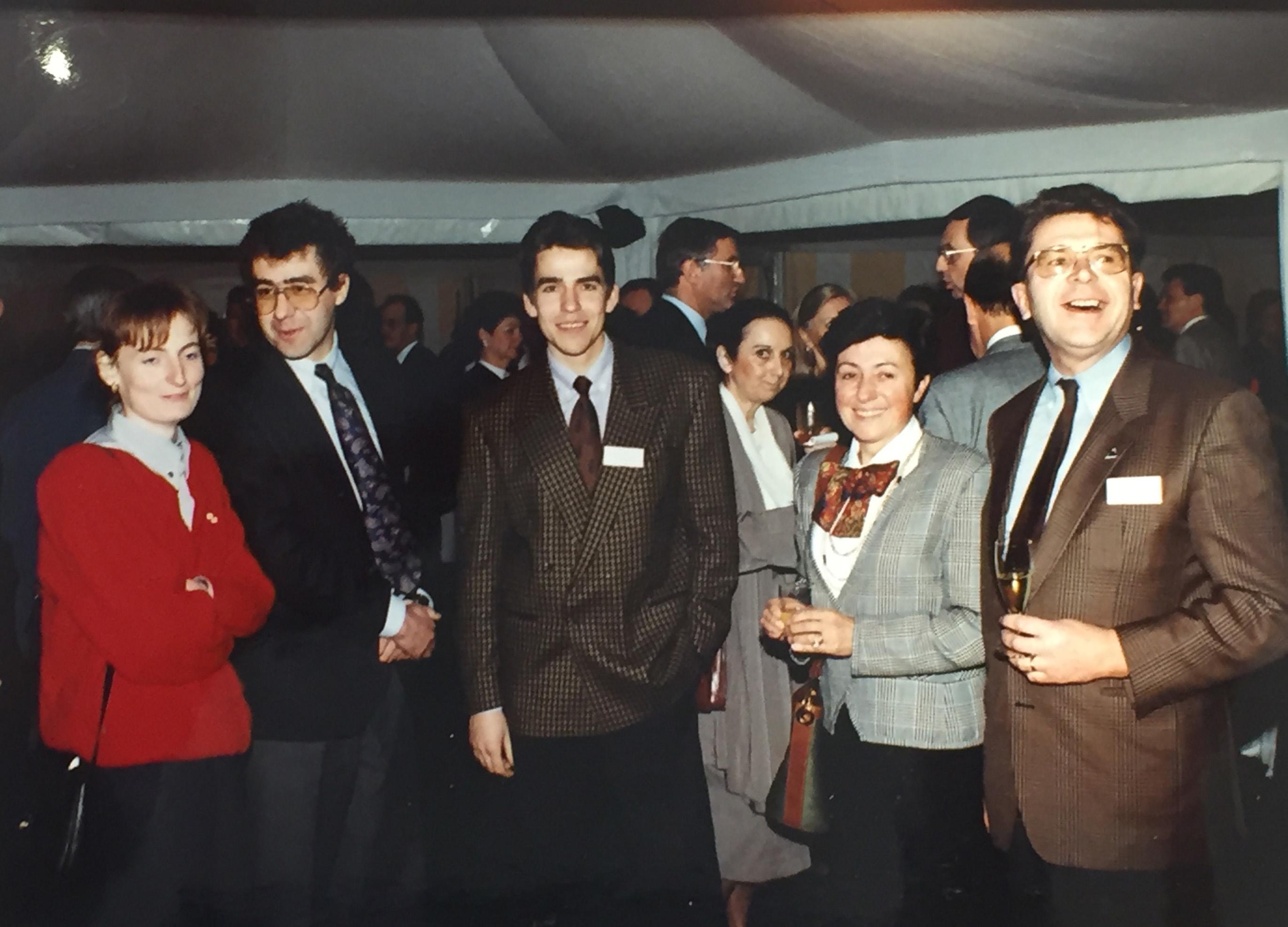 Michel, and then Benoît Liégeois joined the family firm to learn the business from Charles.  An obvious step perhaps, but they were not obliged to do so: it was a question of a natural interest, coupled with an unquenchable thirst for aroma and travel.

Their older sister, Bernadette, decided to set up a café and coffee shop in Verviers where she served Café Liégeois: she sold on the business in 2018. 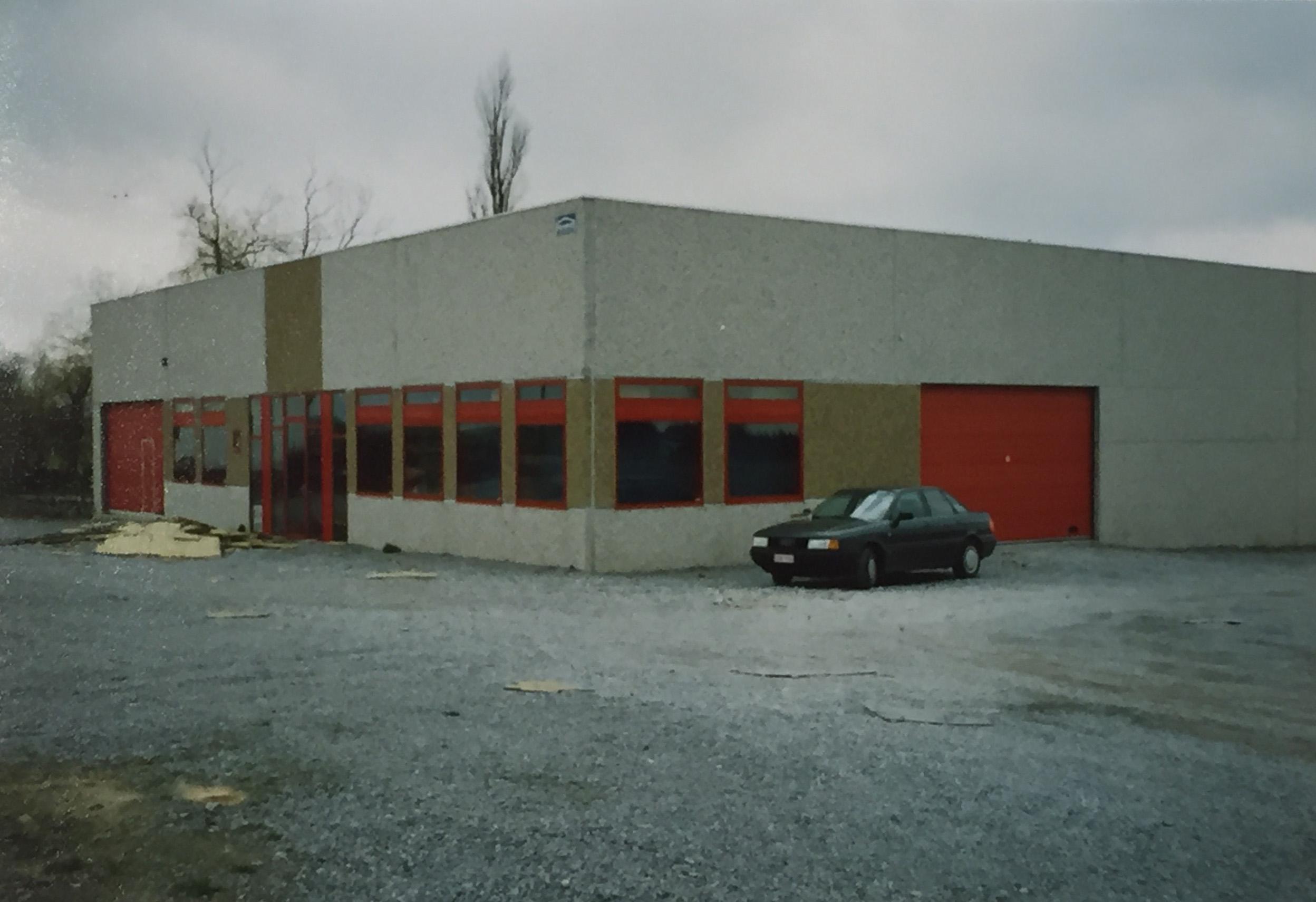 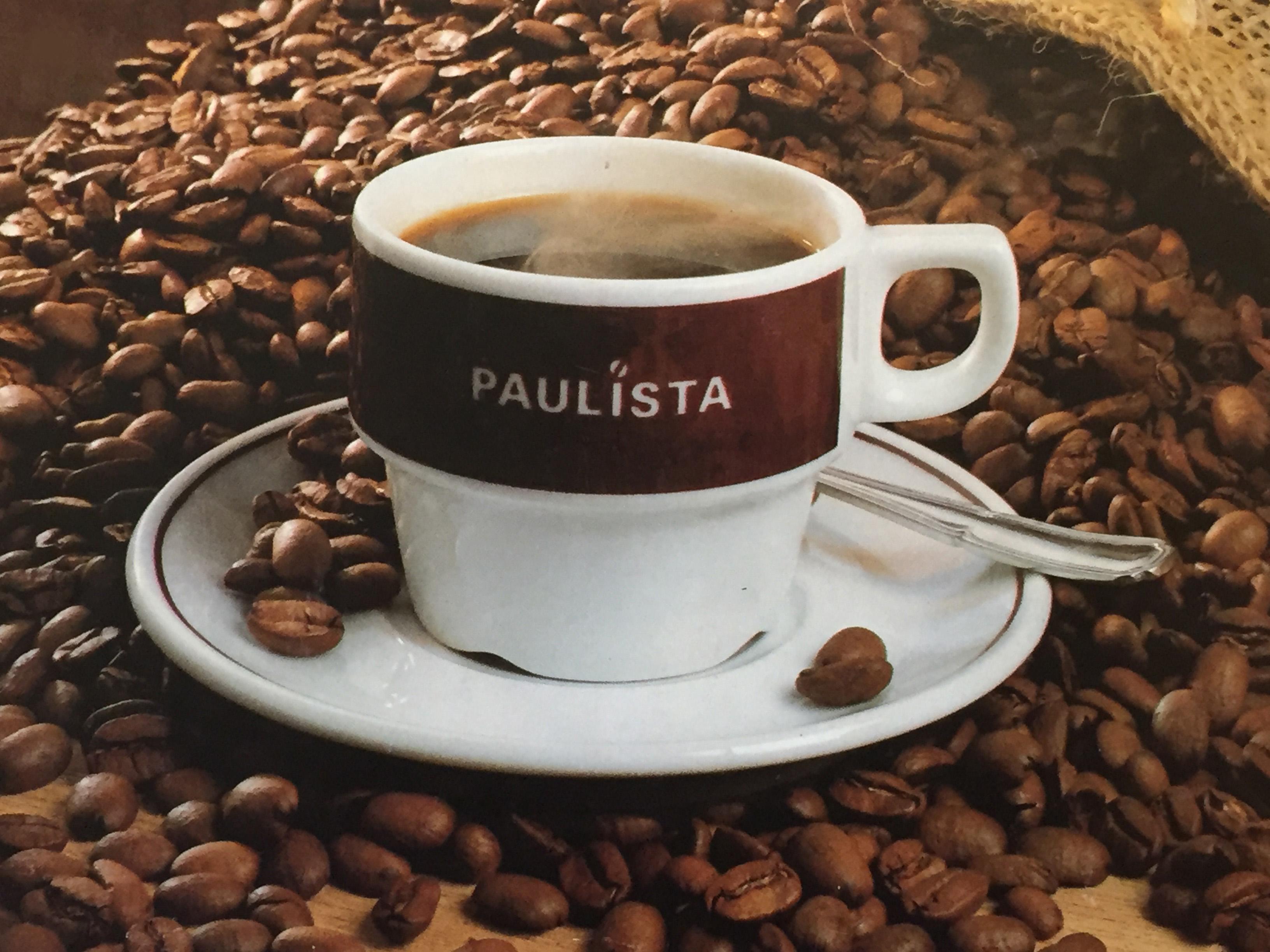 Café Liégeois took over Paulista, in Brussels, thus saving forty or so jobs.

This Brussels coffee house, established in 1921, had bought the Brazilian coffee company Carioca in 1961, and Padanga cafes in 1975.  Known as “the aristocrat of coffee” in Brussels, Walloon Brabant, and Hainaut, it had made inroads into the delicatessen market before moving into the hotel and restaurant sector.  By acquiring Paulista, Café Liégeois consolidated its presence in the capital and northern Belgium. 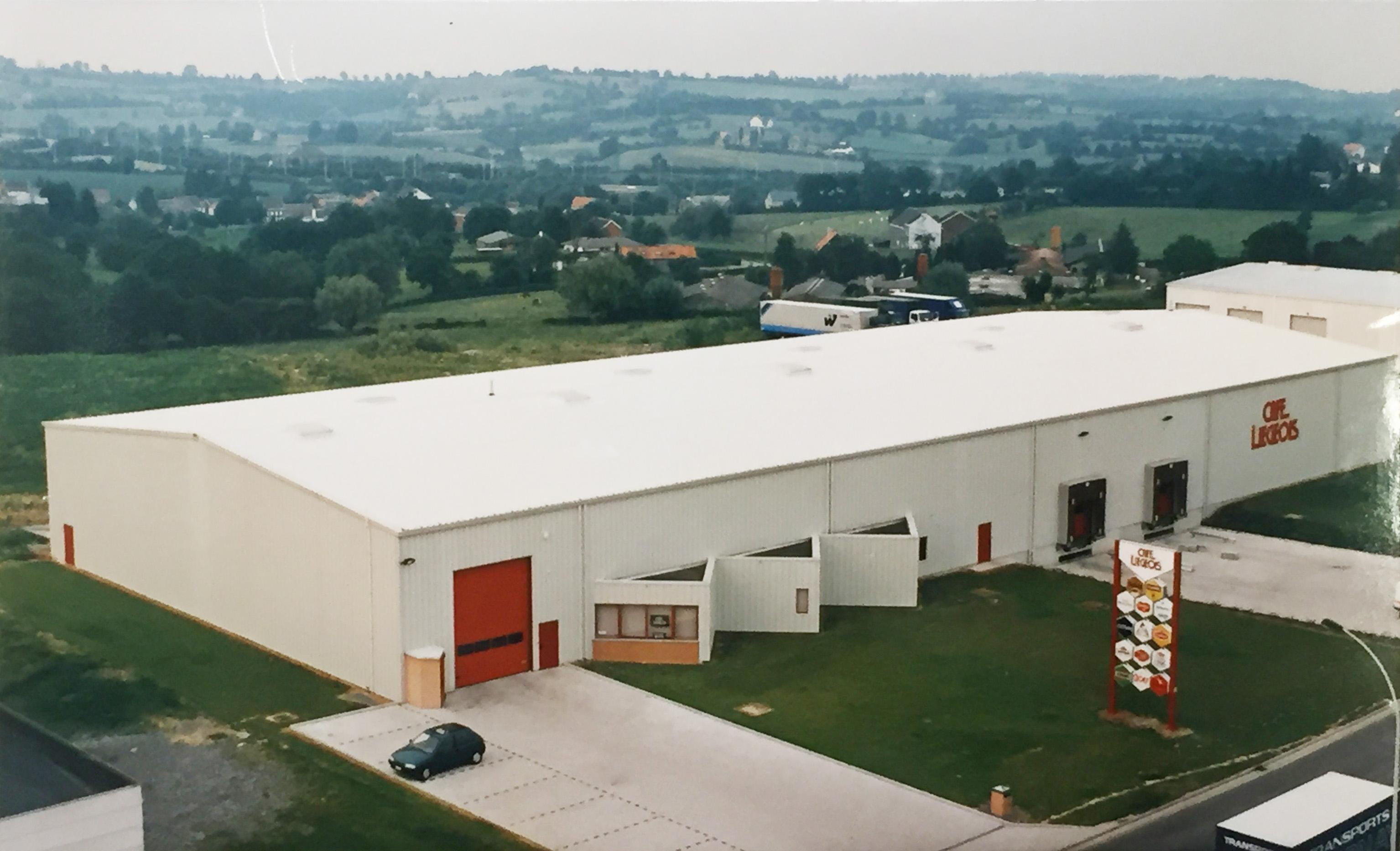 As the market grew, so did Charles’ ambitions: the business began to offer, on top of a tray service, additional consumer products for the hotel and restaurant sector.  A new storage facility was needed.  Les Cafés Liégeois constructed a building at 34, avenue du Parc, in the Chaineux industrial park. 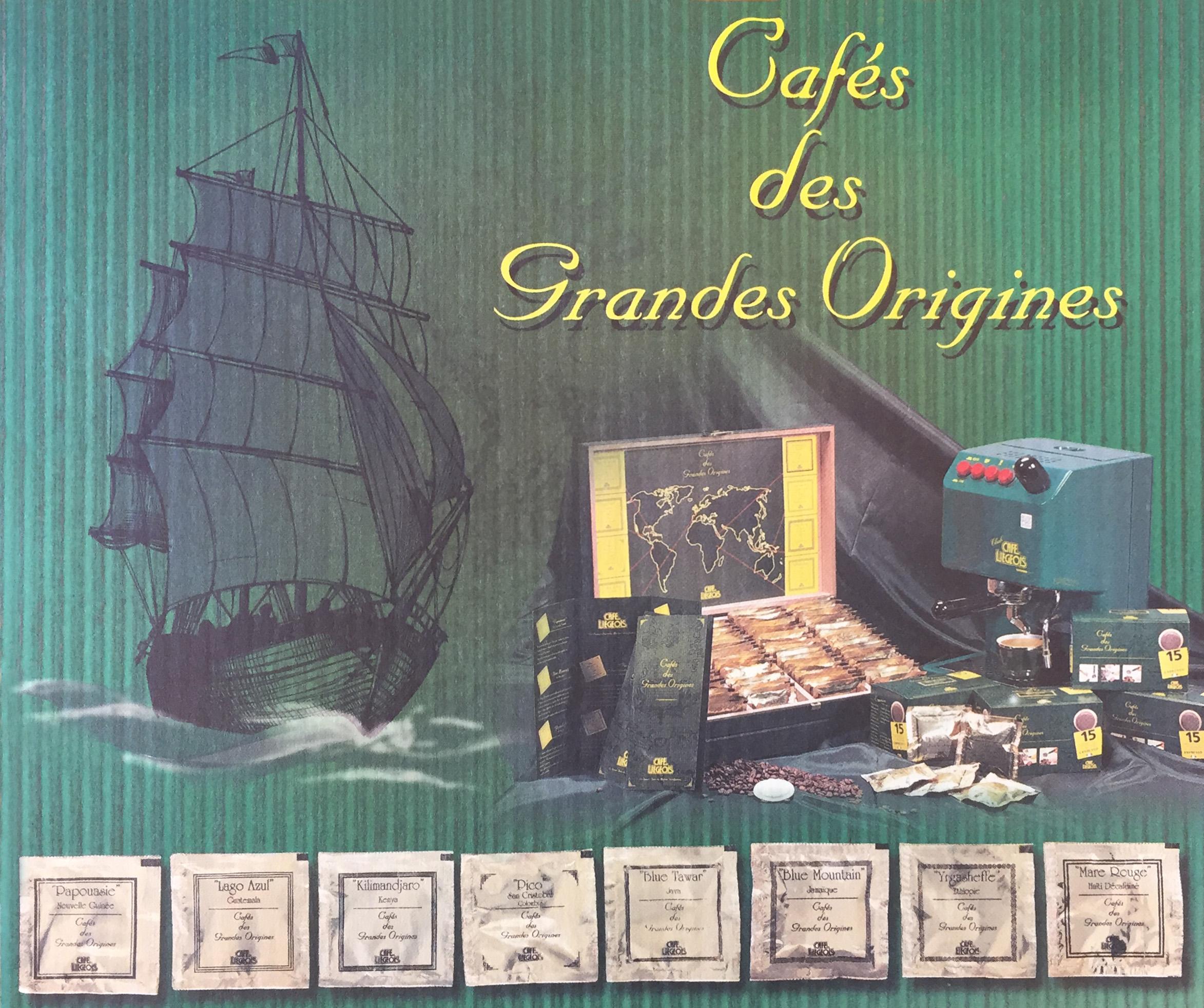 Charles, always the visionary, incorporated pads into production and created the first range of premium coffees in the world.

He named it Les Cafés des Grandes Origines (Great Coffees of the World) and packaged them accordingly: in an elegant display box, for sharing or for giving.  In pad form, these great coffees enable each person to refine their choices or confirm them, without imposing their taste on the whole table. 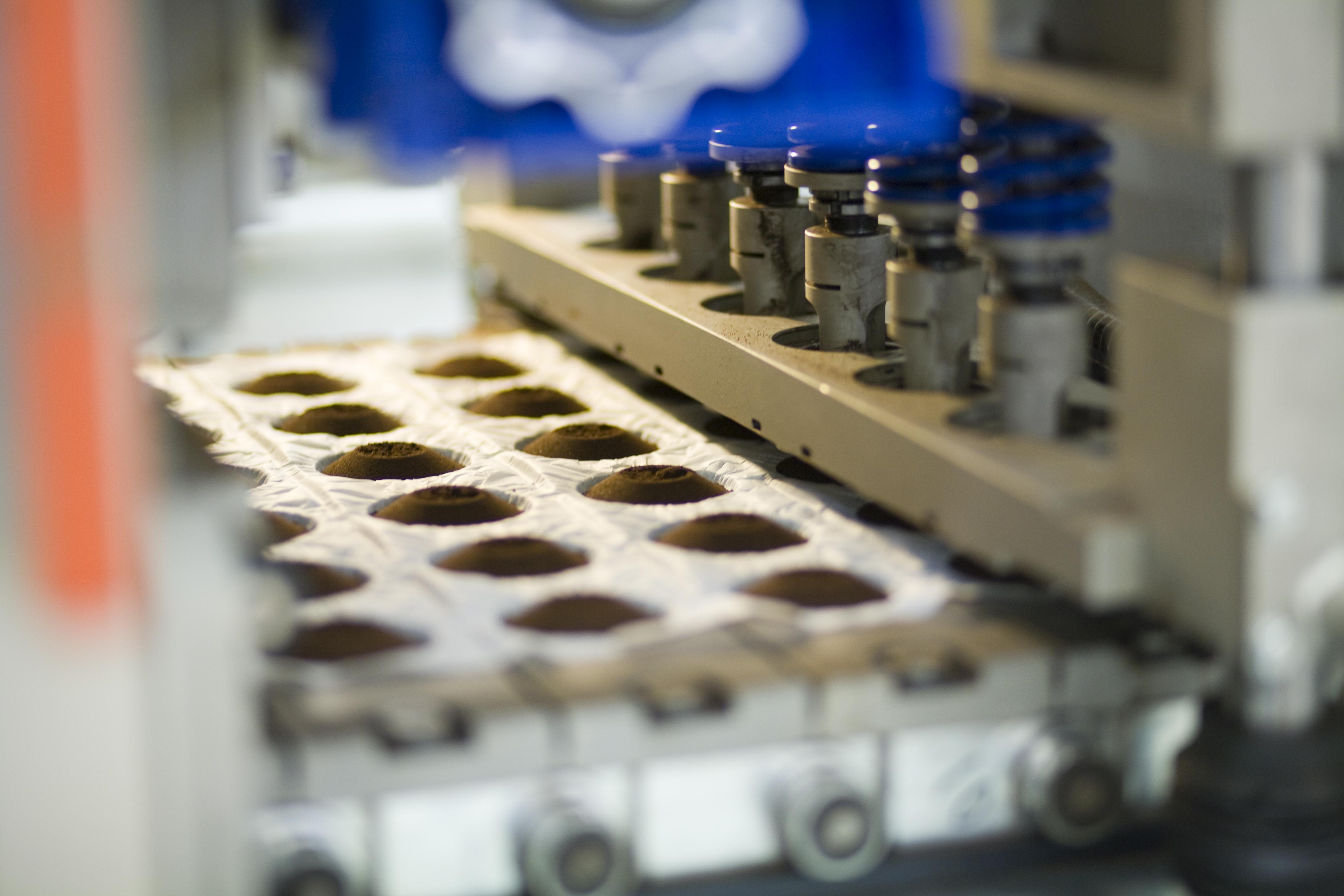 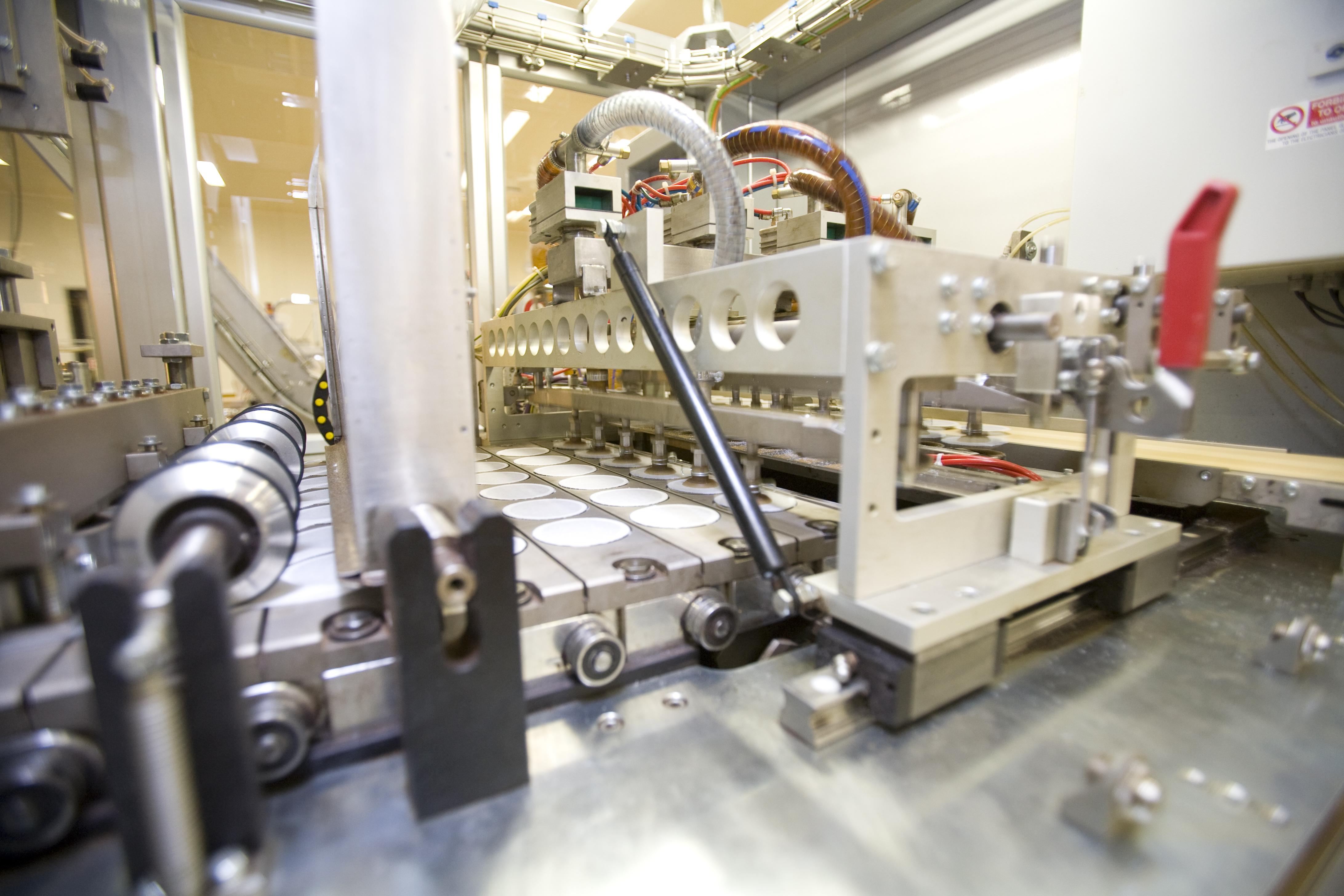 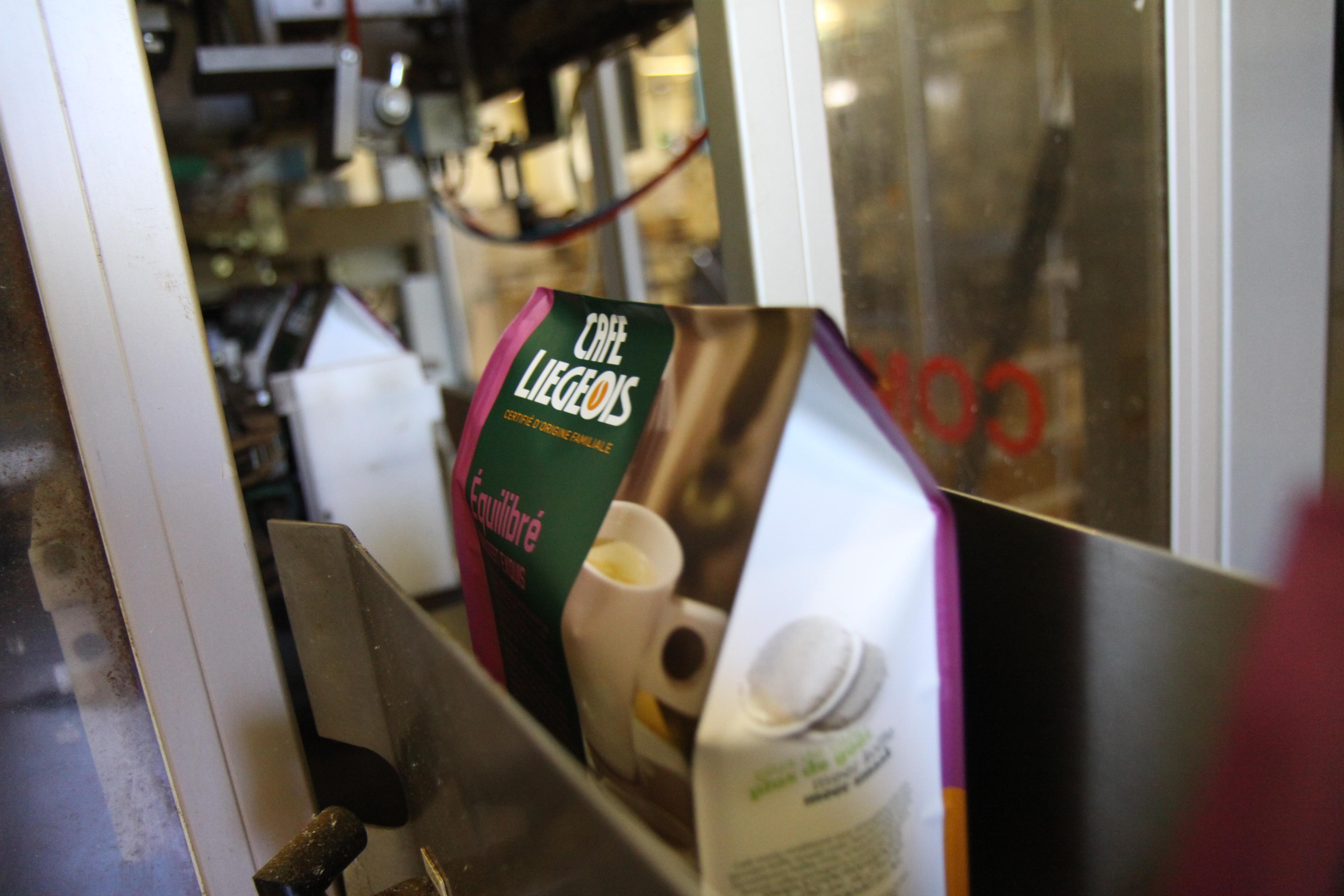 Pads are compatible with Senseo coffee makers, and cost Café Liégeois (along with other European coffee roasters) a long drawn out court case:  Sara Lee (Douwe Egberts), holder of the European patent for Senseo machines, considers that the patent extends to the pads as well.  She did not win her case however: the final judgement allowed all coffee roasters the freedom to produce pads. 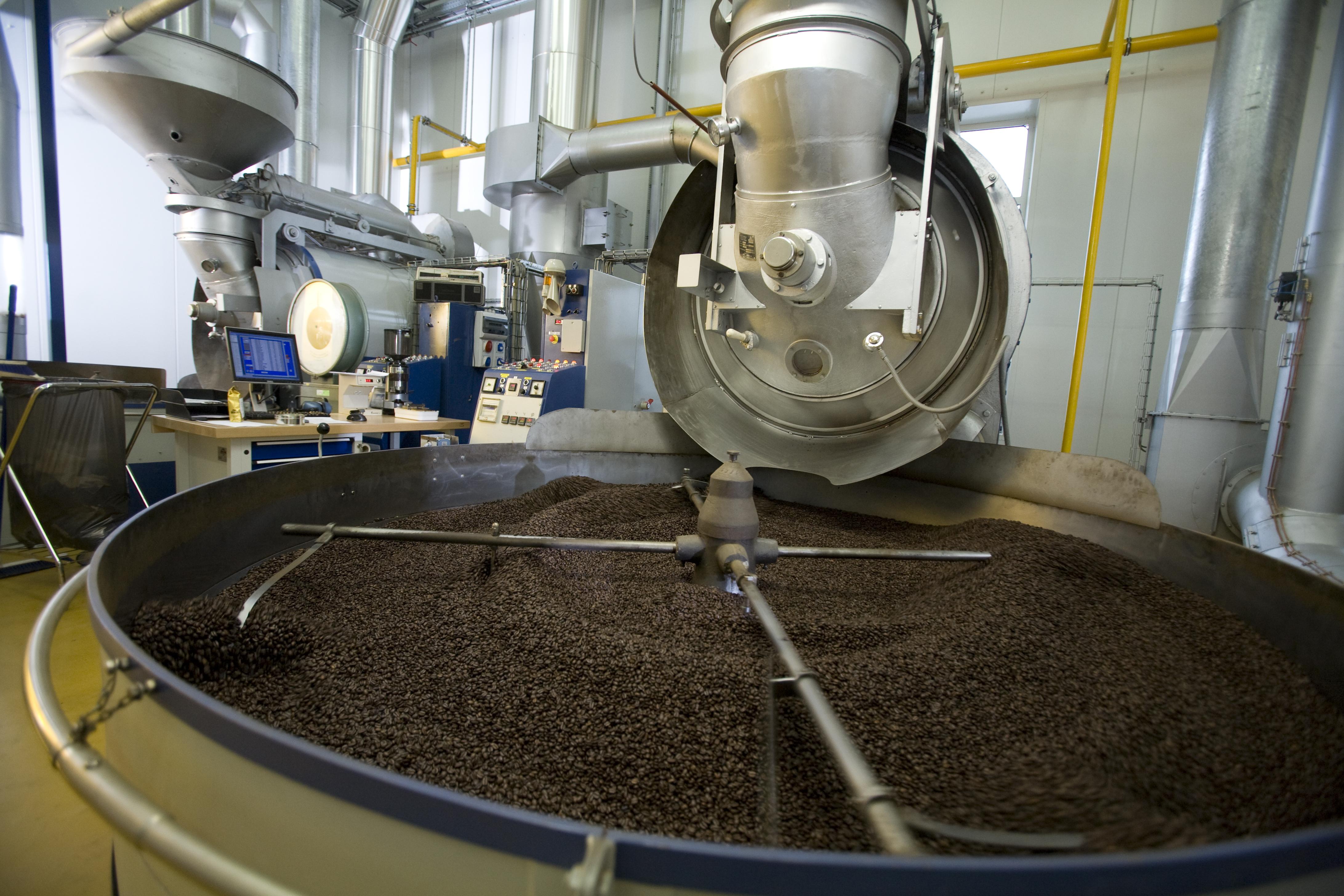 The building in the Chaineux industrial park was extended, to house the packaging lines for Cafés Liégeois. Storage of green coffee beans and the roasting process remained in the company’s iconic building, a few hundred metres away.

In 2008, it was the turn of the roasting department to move.

Creation and launch of the Mano Mano range, on 12 December, in the presence of the Secretary of State Melchior Wathelet and Minister Marcourt.

Café Liégeois committed to marketing coffee produced in healthy, natural and fair conditions, by village communities who derive a legitimate profit from it.  It joined forces with the non-profit organisation Terres Solidaires, working in the Chiapas region (south-east of Mexico, Central America). 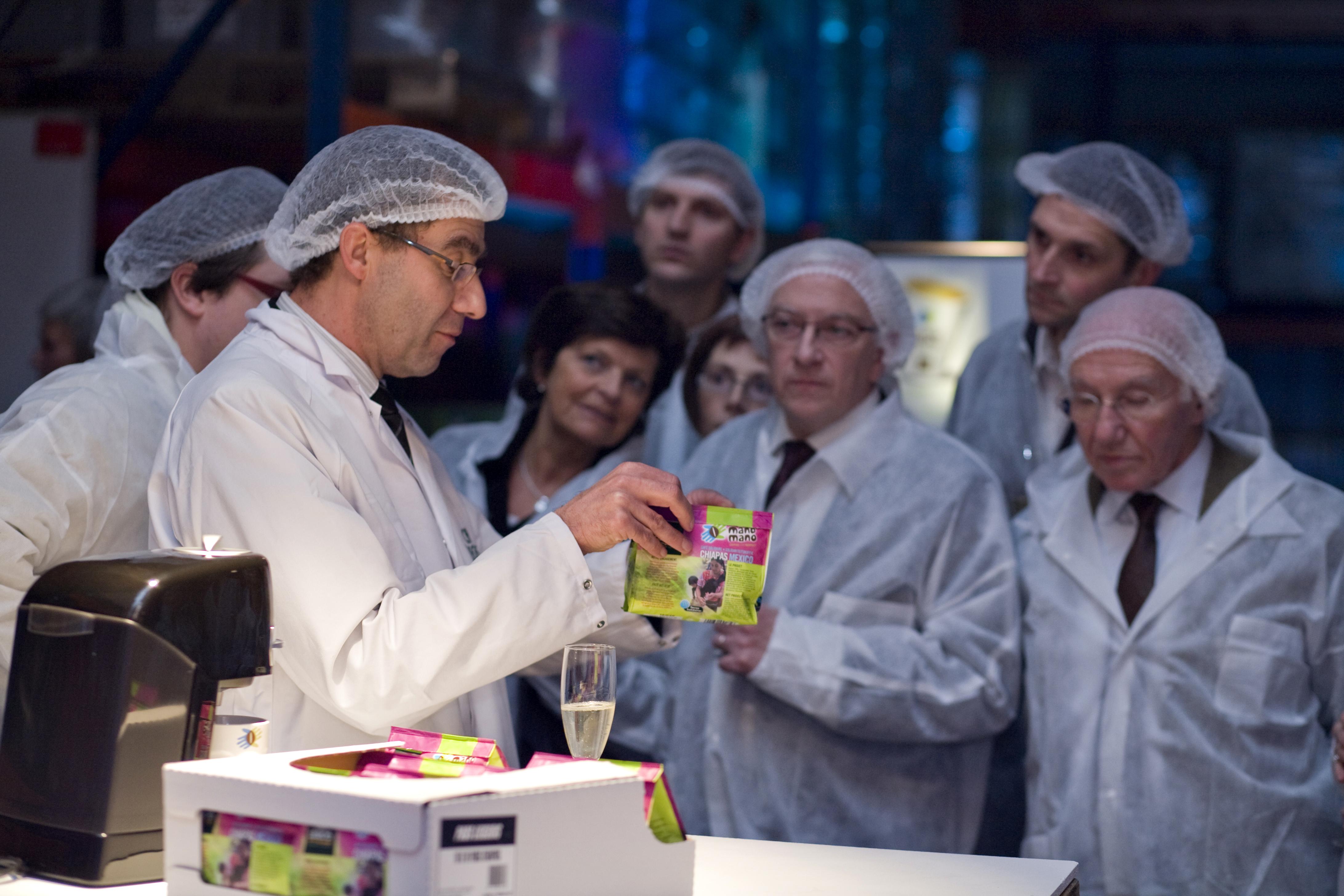 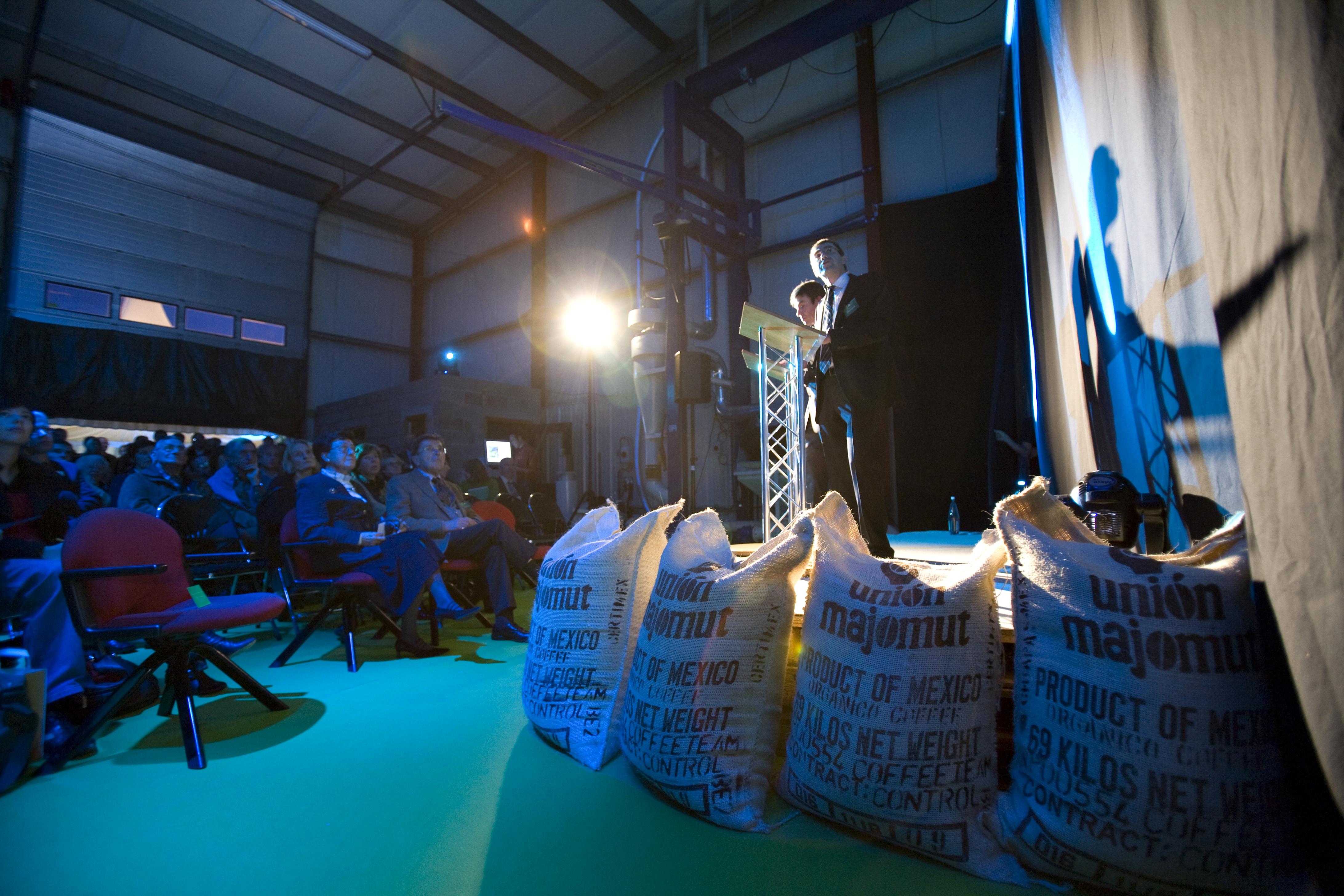 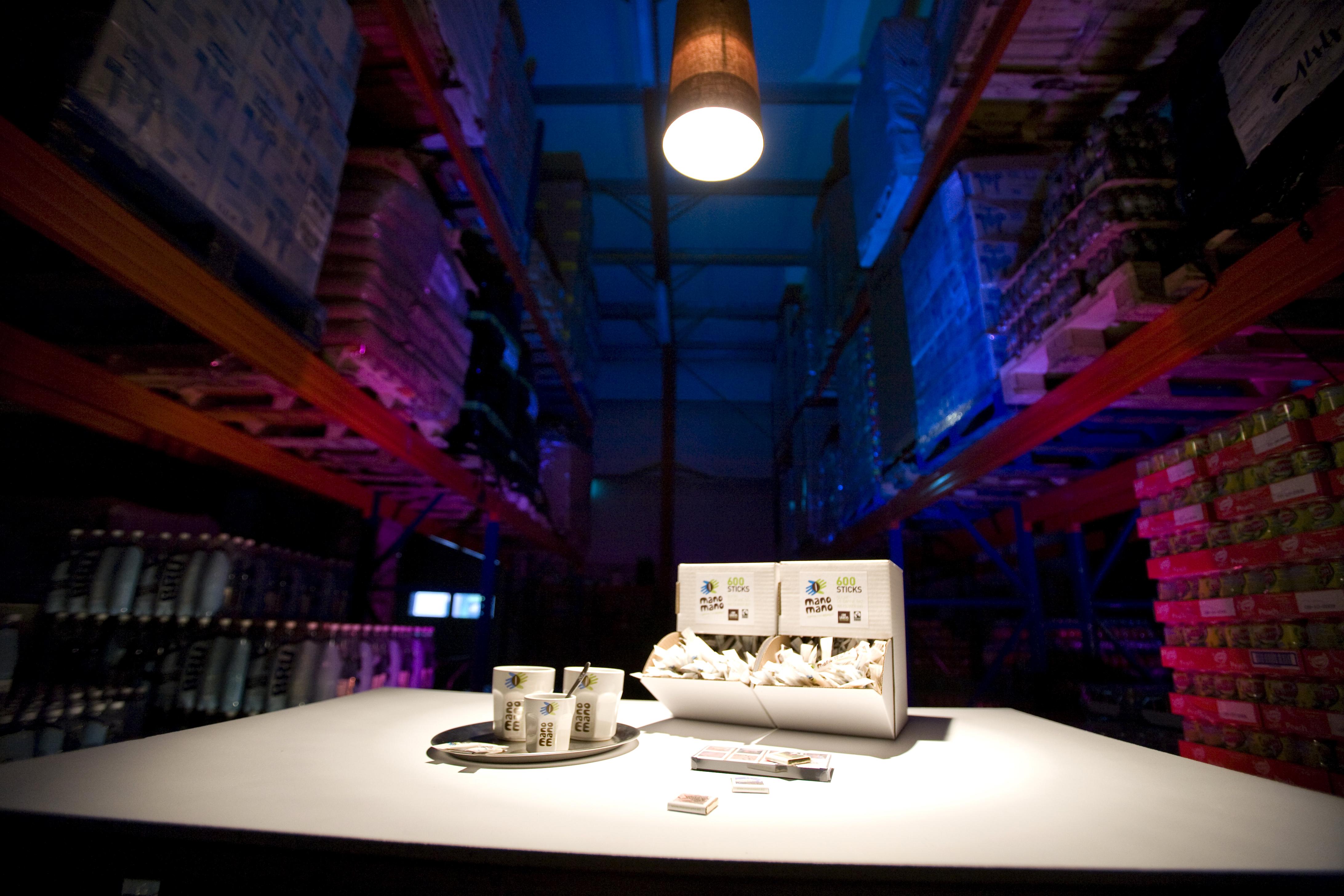 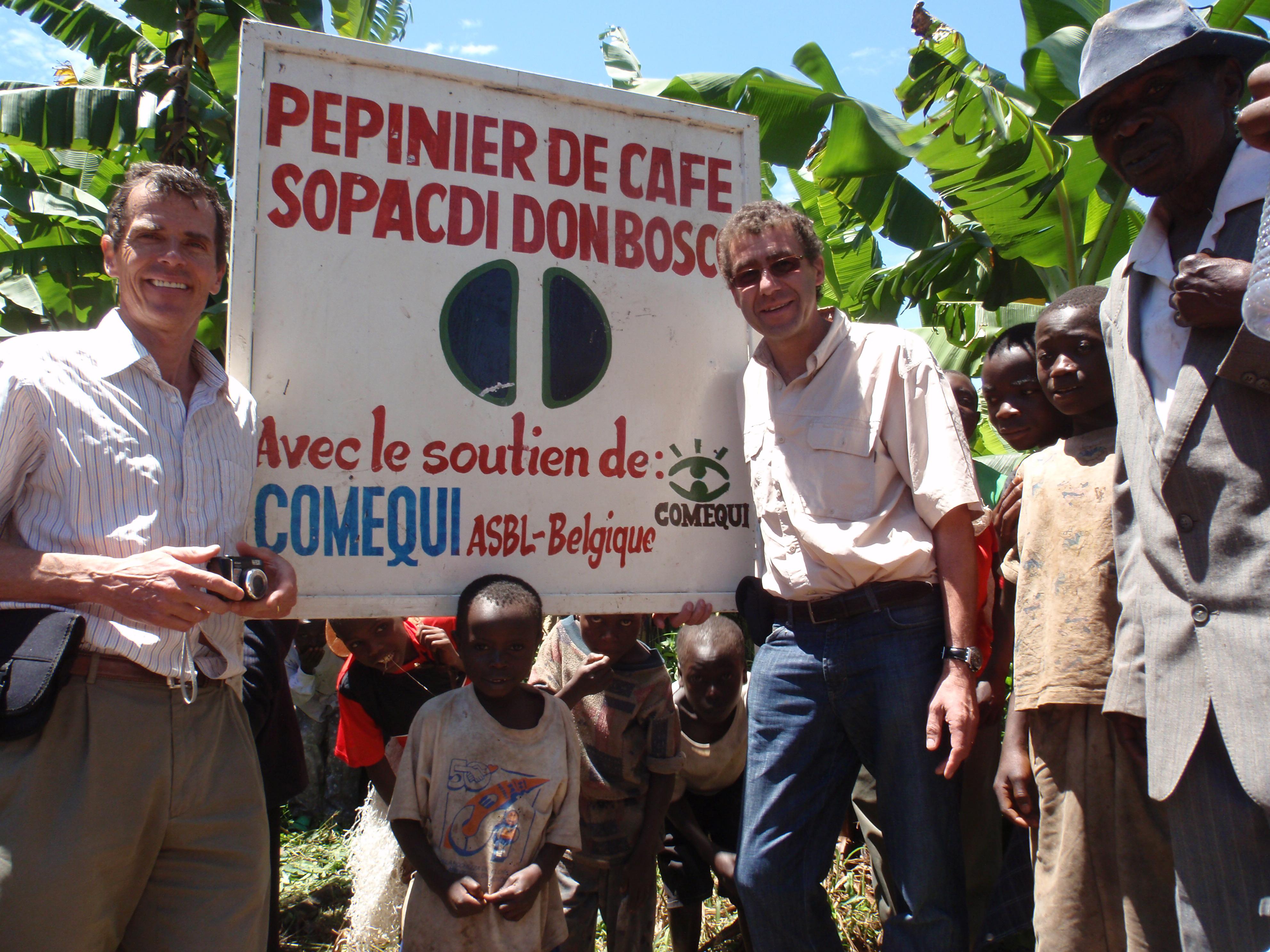 Café Liégeois began working with ComEqui, under the Mano Mano label: the business aims to help the work of producers in Kivu (a region in the east of the Democratic Republic of Congo, Africa) and improve their living conditions by offering them a fair price. 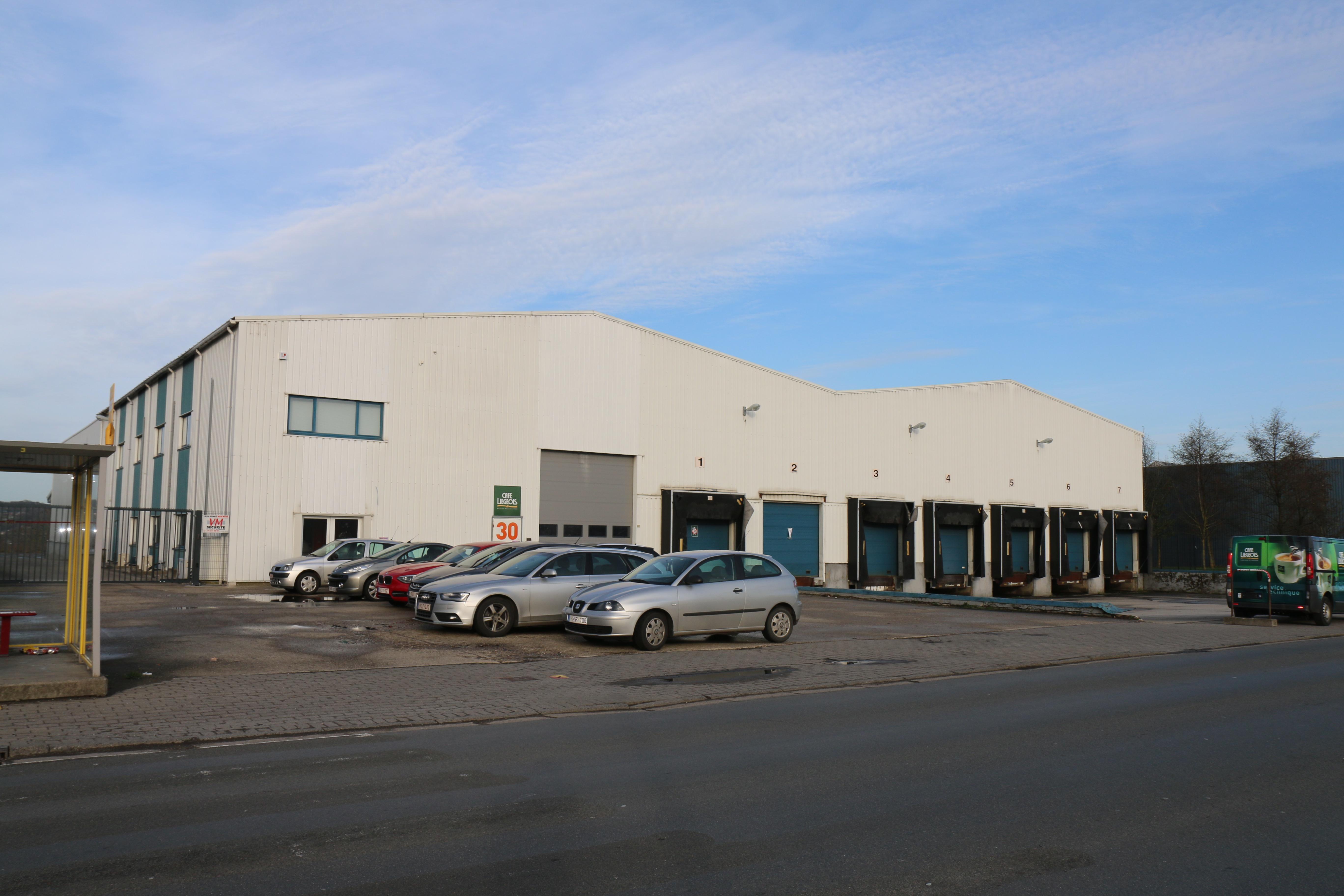 Café Liégeois acquired a new building in the Chaineux industrial park, at number 30, avenue du Parc, and moved its stock for the hotel and restaurant sector, along with offices and logistics.  The raw coffee was stored at number 34: the entire production line now became resident at the same address!

The following year, the building was enlarged further, to store more packing material, and the packaging machines for Nespresso capsules.

2014 - Beginning of the third generation 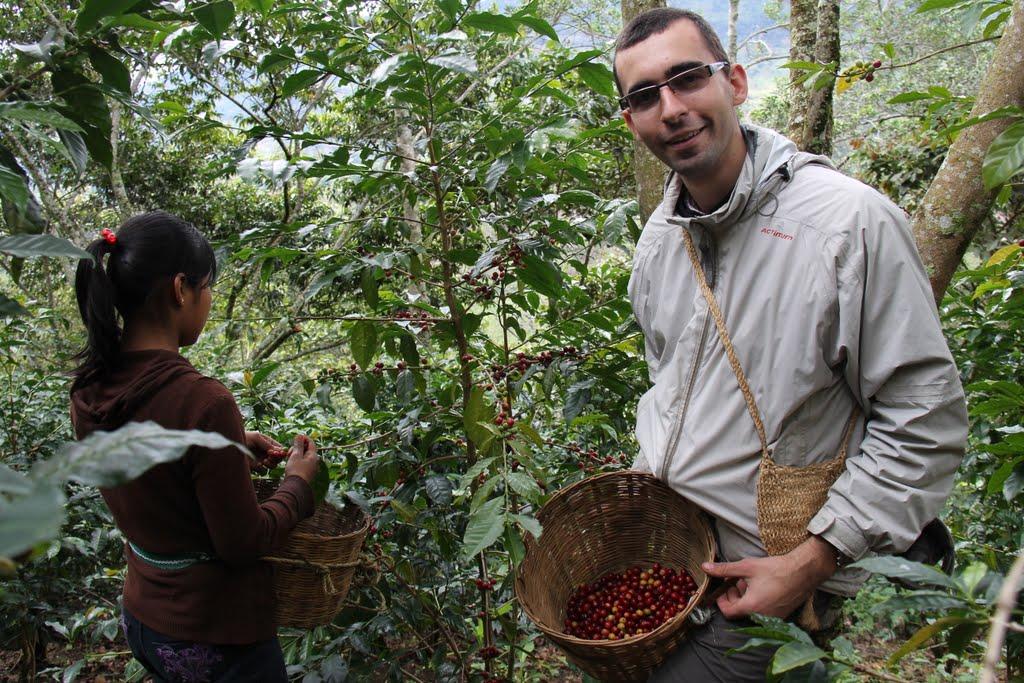 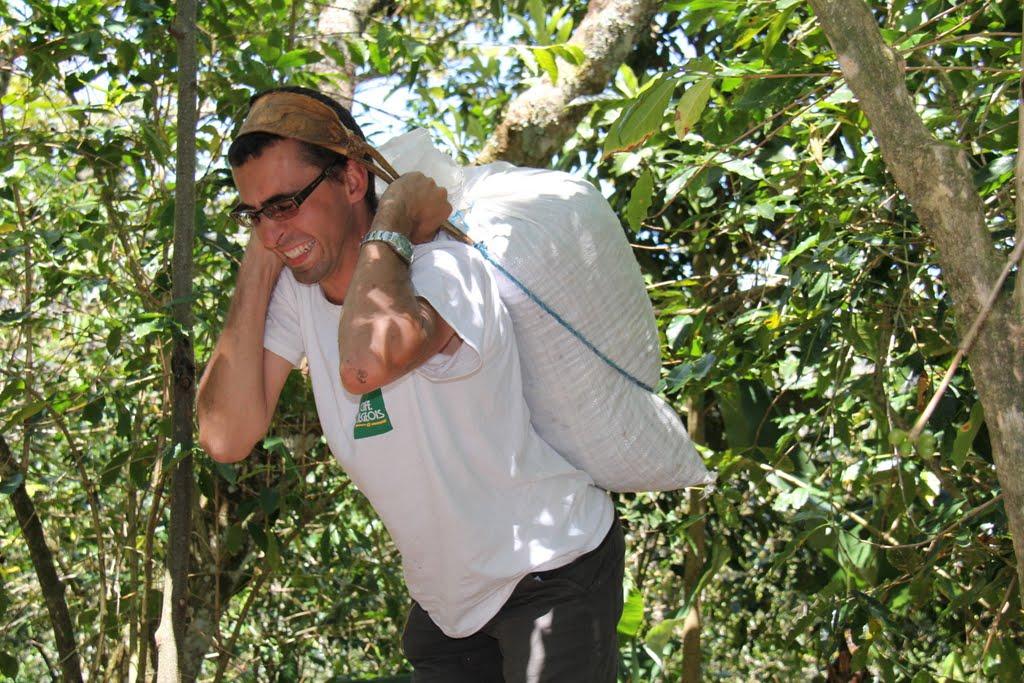 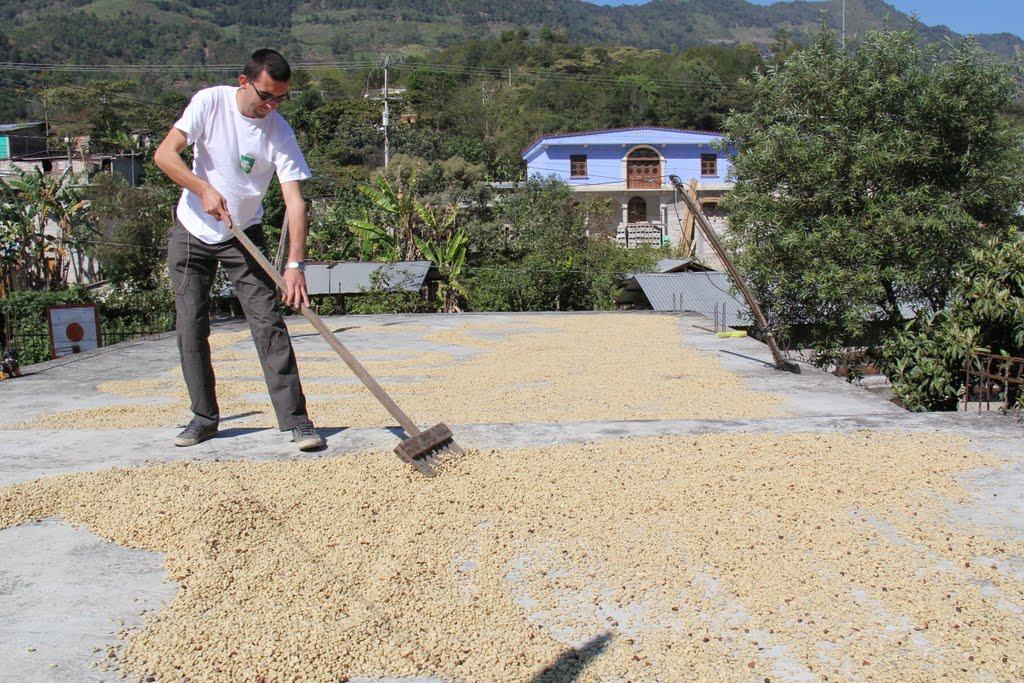 Quentin Liégeois inherited the coffee gene!  A keen representative of the third generation, he joined the business as a technician, in the coffee machine technical department; he understood that he would have to work his way up the ladder.  In charge of relations with machine suppliers, then purchasing manager, Quentin returned to his first love in 2019 by starting an international course, with the ambition of sharing his knowledge of coffee within the company… and more. 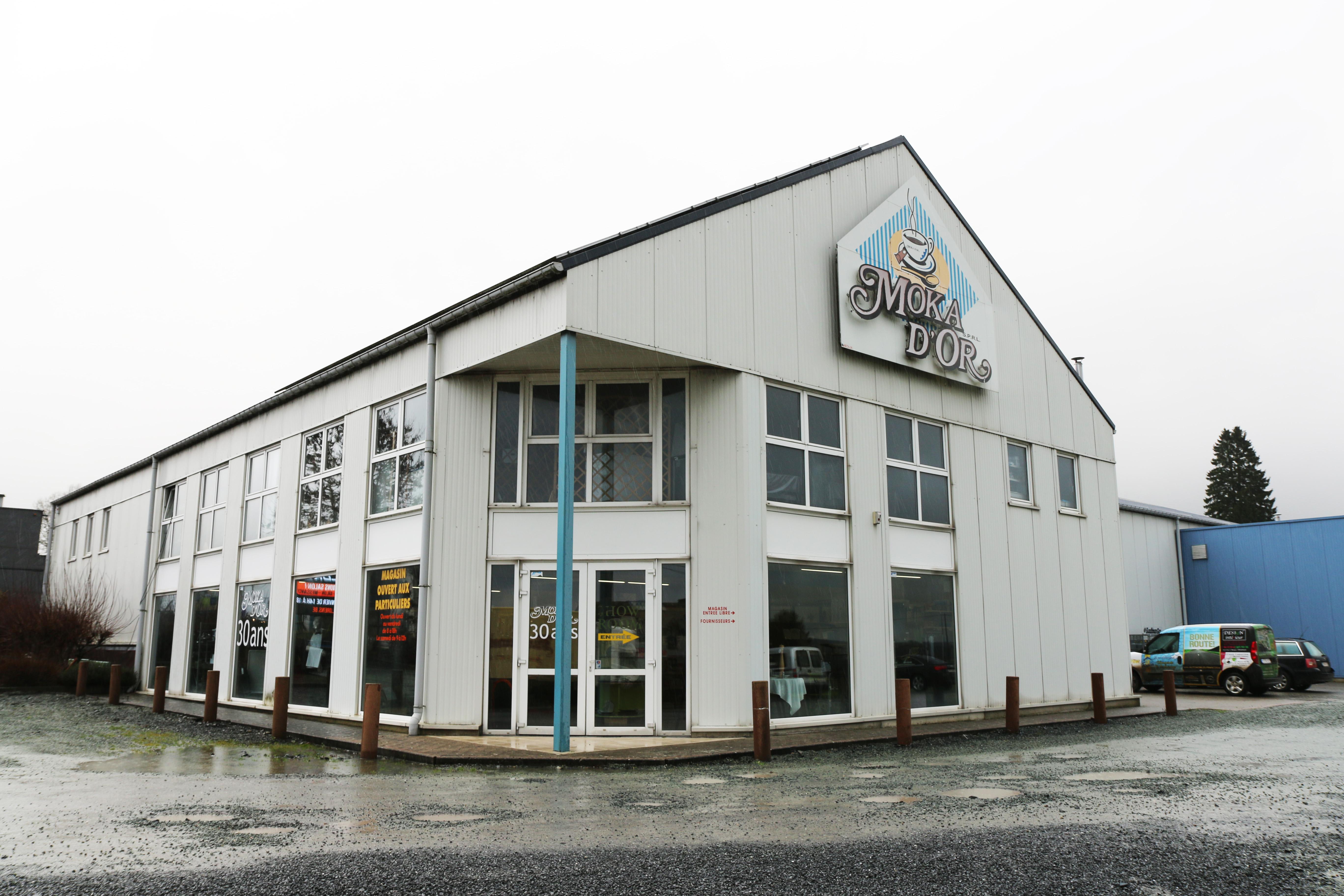 When it bought Moka d’Or, at Libramont, Café Liégeois was able to improve even further its technical and distribution services to its Walloon clients, and opened the door to new markets in Luxembourg.  The business now became easily accessible throughout Wallonia. 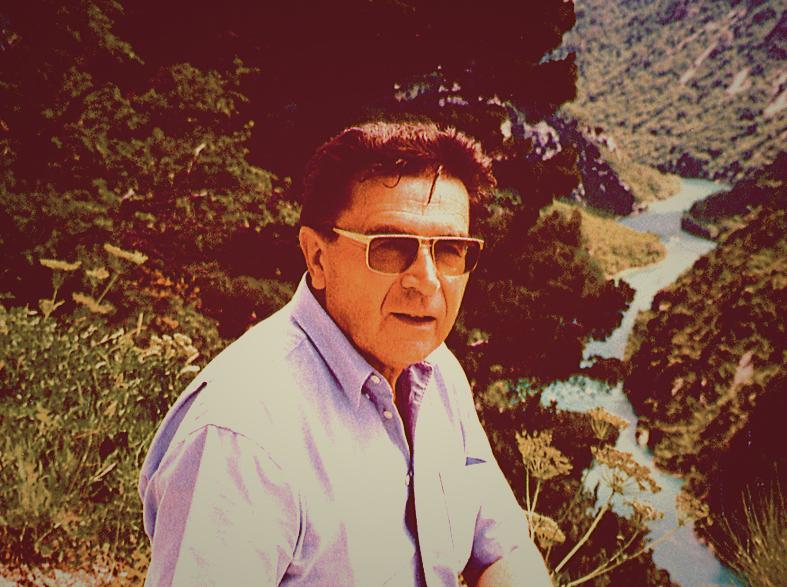 The large Café Liégeois family went into mourning: Charles died on 6 February, at the age of 85.  Mindful of his company and his teams to his last breath, he left to his children and to future generations a prosperous business, the memory of his benevolence, and an unfailing passion for the world of coffee. 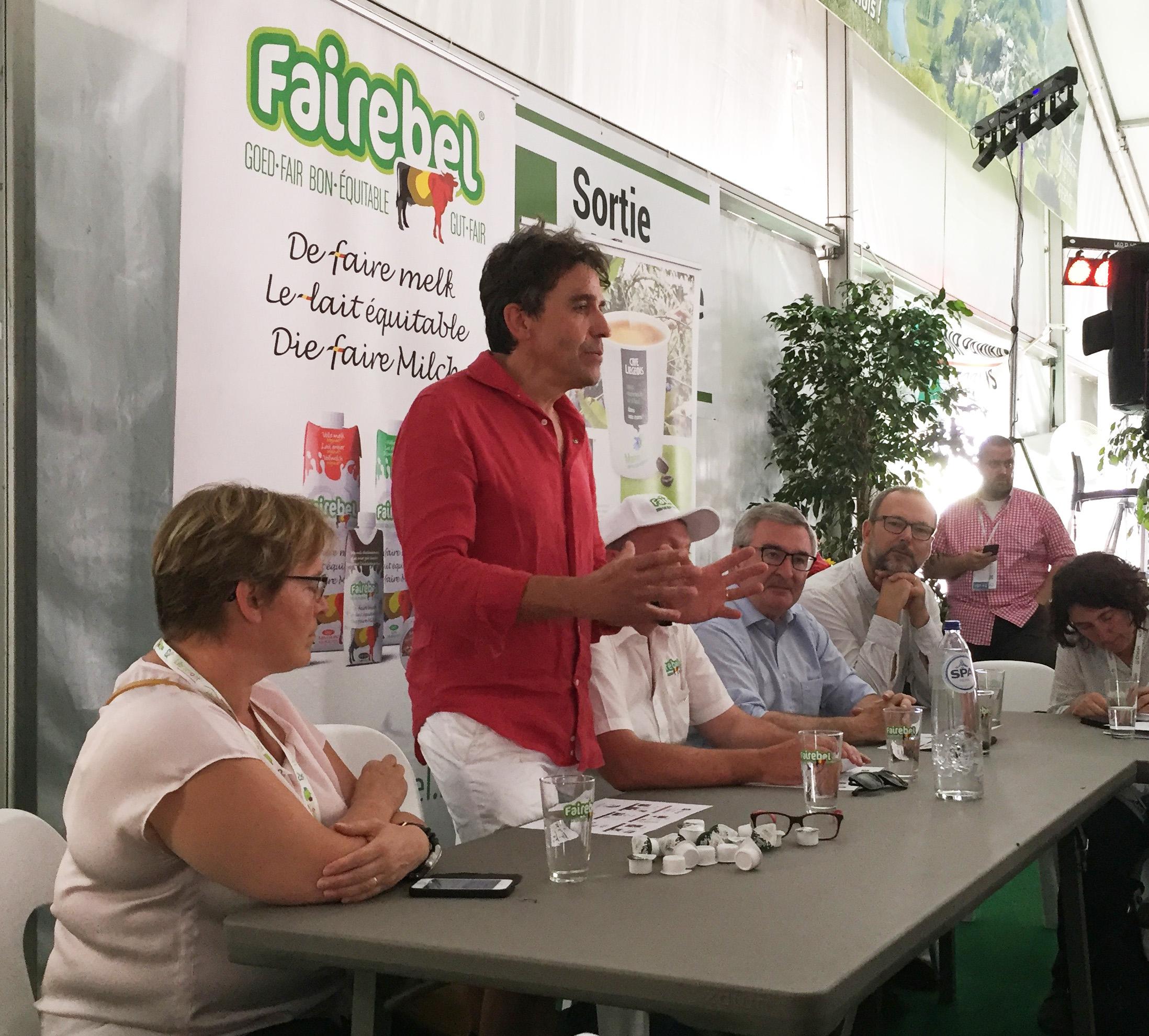 Café Liégeois signed a North-North partnership with Fairebel, the new solidarity and fair trade brand of Belgian farmers, which enabled them to receive a reasonable remuneration for part of their work.  Café Liégeois agreed to market part of its “Lait” (Milk) range under the Fairebel label, and signed the agreement in the symbolic setting of the Foire de Libramont, a famous Agricultural Show.

2019 - Beginning of the Dolce Gusto caps 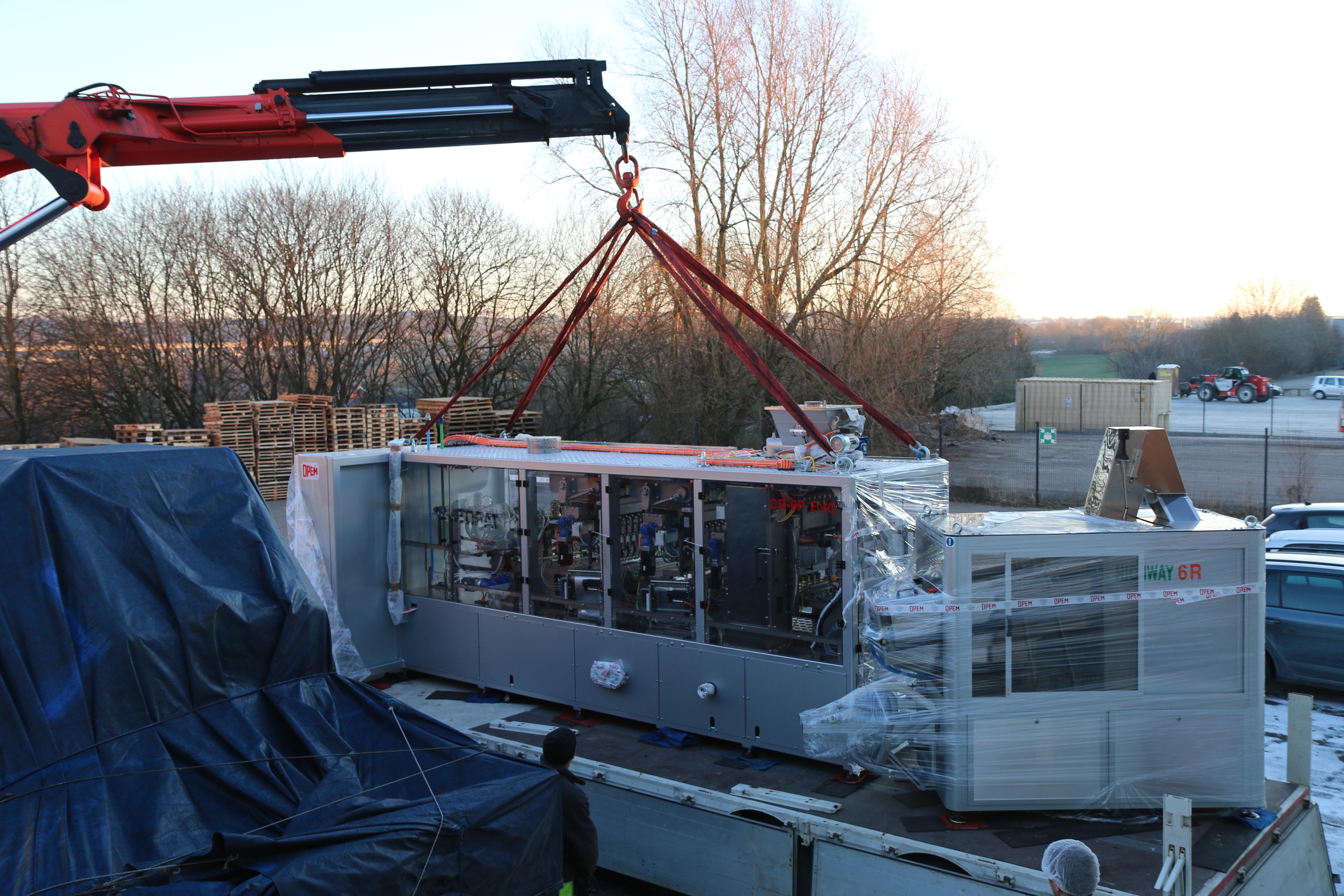 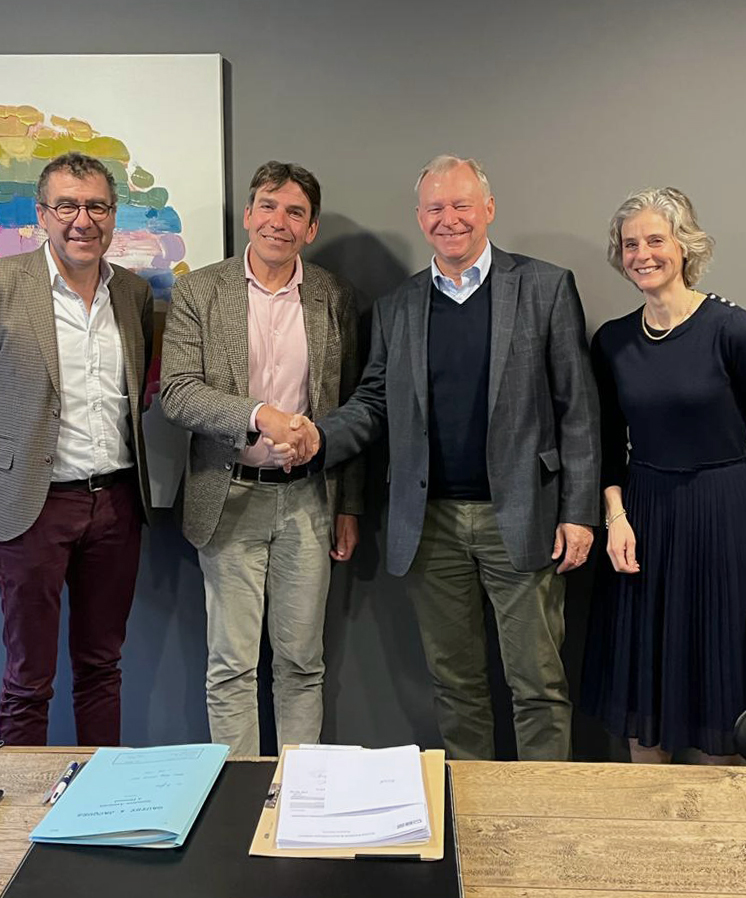 A new 18,000 square meter building to bring teams together, which paves the way for new projects for Charles Liégeois Roastery.